What Worked: Building a Team Culture 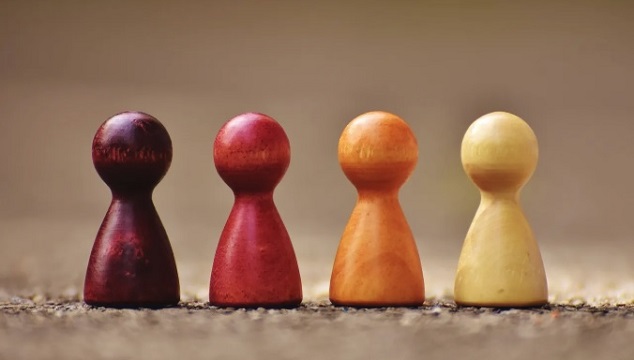 In 2016, I led a team in one of the most successful enterprise implementations in our company’s history. We moved from more than 7 disconnected learning management systems in 4 divisions to a single enterprise-wide technology and set of processes serving 60,000 domestic employees. We had incredible adoption of the solution from the beginning, surpassing benchmarks for user penetration and completion of learning activities in half the time. And most importantly, we built a strong team culture that has persisted into ongoing governance and operations with newer team members.

The project had started 4 years prior as part of a larger integrated talent program and was delayed over and over as other projects claimed higher priority. For me, the key challenge of the effort was building a multifunctional, cross-divisional group of people into an engaged, high-performing team. Here’s what worked for us.

Figure Out Where You Are Going

Our first task was to develop an enterprise learning vision and strategy to guide our way. Some of our divisions already had this in place for themselves. To build a team focused on our whole company, we needed a touchstone to make people, technology and process decisions that benefitting the enterprise and not just individual business units.

I was in a meeting with the team one day as we neared the end of our strategy work. Intending it as a rhetorical question, I asked, “Are we a thumbs up on the technology we’ve chosen?” The response all around floored me. “Meh. It’s better than the other tech option we have.” Technology decisions had been made long ago by people who were no longer on the team – or even with the company. The current team wasn’t certain the solution would meet their needs, let alone move us along the strategic path we’d designed together. To inspire a stronger sense of ownership in the people responsible for the solution NOW, we agreed to do a vendor selection. This time we worked together to determine our requirements as a company, based on where we said we wanted to take our current and future learners. The team chose the vendor and knew clearly why. One of my team members said after the selection, “I’ve never been so happy to have an implementation delayed for so long.”

Create Equal Voices at the Table

A healthy team culture requires that each member believe they have equal opportunity to participate and voice their views. To support this, we put in place an “equal voices at the table” approach to our conversations. During our discussions, we explicitly asked each person in the room or on the phone to share their perspective. This approach takes some time, especially in the beginning. As the team got used to it, they began to expect to speak up and were better prepared. We got faster at identifying where we aligned and where we didn’t. This allowed us to focus on bridging the gaps where needed or even allowing some of them to remain. We frequently asked ourselves, “how much heartburn does this really cause us?” and “can we live with this answer and be ok with it here and back in our divisions?”

One additional “equal voice” tactic we used was roll calling final decisions. After everyone had their say, we’d call the decision. Each division would then have to confirm their agreement to live with that decision and support it among their employees. Roll calling required active engagement and helped prevent us from taking silence as agreement.

One of the biggest contributors to our high performing team culture was our team language, fully documented in our “globossary” (global glossary). From time to time a team member would say something humorous. A twist on a word or a phrase that just tickled the team’s funny bone. For fun, our project manager began documenting these in his meeting notes. Eventually, some of the globossary terms became a way for team members to more comfortably express themselves in our meetings.

One important example was the term “ship it.” We found this in an article by Sarah Cooper, 9 Tricks to Appear Smart in Brainstorming Meetings. Sarah says, “There’ll come a point when everyone seems to be really excited about an idea or direction. At this point you should try to be the first person to yell out ‘Ship it!’ Sure, it’s a funny thing to say that will make people laugh but doing this will also convey some authority on your part to both end the meeting and make a final decision, even though you have no power to do either.” What started as a funny phrase became a way to allow any team member to ask if we could agree and move on. (We later added “skip it” for ideas we didn’t want to pursue.)

Note: The key to success with team language is not forcing it to happen. The notion developed gradually, and eventually everyone added words to the list (with the team’s agreement that it merited a spot in the globossary).

We built strong relationships within our team and among the many stakeholders we involved during the project. Creating an intentional plan for how and when we did this was critical. During our check-ins we would ask for the other person’s perspective on our progress. What was working and what would make it better. Where possible, we invited people to lunch or coffee for the check-ins to get out of our usual environment and the distractions that come with it. For people who were not in the immediate area, we used technology to connect with them and took advantage of occasional office visits to treat them to lunch or a coffee. We also celebrated the team’s achievement of key milestones with team lunches, dinners or happy hours. Breaking bread with people helped build strong relationships and led to greater trust.

I wondered if what we did with the learning team was a fluke. It felt like the strong team culture had been more the result of unconscious competence than anything intentionally planned. To test this, we replicated elements of our success with other project teams. Although not every team became as close as this one, the effort to build a team culture broke down many of the silos that existed previously. I knew we’d made a difference the day one of my customers came to me and said, “having equal voices and strong representation and participation in teams…that’s just the way we do things around here now.”

Special thanks to Mark Castleberry (“the project manager”) and Anne Landrum for insights and editing help on this article.