Millennials to Employers: Show Me the Money! 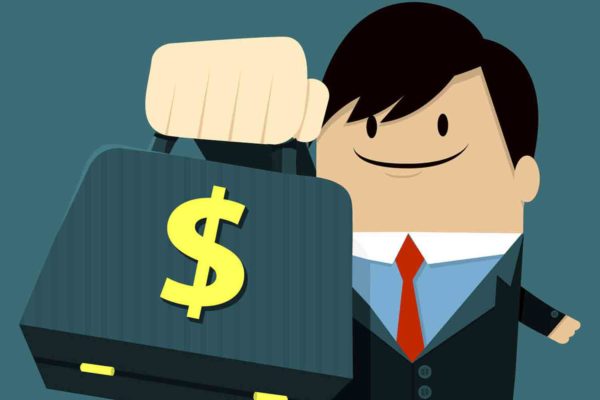 Back in the 1960s, Baby Boomers were famous for the mantra, “don’t trust anyone over 30.” Now Millennials are following their example. They don’t trust leaders, or politicians, or the companies they work for. As a result, they insist on transparency in all things.

According to generational experts, Millennials thrive on knowledge. They demand feedback, communication, and the truth about their employers. They also like to share, and that includes personal information, including their salaries, a topic that most of us consider taboo. That said, pay secrecy is a myth that needs to be busted.

In spite of popular belief, companies cannot forbid people to discuss their compensation. That right is protected by the National Labor Relations Act of 1935 and a 2014 Executive Order signed by President Obama extending the same protection to employees of Federal Contractors. There are a few exceptions: Employees who have access to company wage and salary information as part of their jobs cannot reveal it without the order of their employers or an investigating agency, and employees of municipal governments and religious schools aren’t covered by either the NRLA or the Executive Order.

Because discussing your compensation is a right, it has also been a personal choice. If colleagues tried to pry your salary out of you and you didn’t want to tell them, you just said no. (Although Whole Foods has been publishing an internal document that tells employees what everyone else is paid for 30 years). Recently, however, a growing number of companies have adopted a full disclosure environment. These companies point to full salary transparency as a hallmark of their culture, a demonstration of fairness and openness, and a boon to motivation and productivity. Others view transparency as an opportunity to have frank discussions about performance and pay, as well as a way to keep themselves honest when it comes to individual and gender equity. On the surface, it sounds admirable, but experience shows that full transparency has a downside.

The CEO of a well respected nonprofit determined that his organization had grown large enough to require formal salary administration. He hired a consulting firm to develop job descriptions, price the jobs in the market, develop salary ranges, evaluate the jobs, and assign them to salary grades. The CEO, COO, and CFO reviewed the results and revealed them in an all-employee meeting. Afterward, they posted the salary structure for all to see.

They were shocked by the fallout. Although leadership had worked very hard to build an environment based on trust and respect, they underestimated the impact of disclosure on high performers who set exacting standards for themselves. Professional and program staff took pride in the organization’s accomplishments, but they were specialists who owned their program areas and worked primarily with external agencies, building their personal reputations. Not surprisingly, they scrutinized the grade assignments and pay ranges with the fierceness of competitors, and more than half requested private meetings to plead for higher grade assignments. Administrative staff grumbled among themselves, except for the receptionist. Finding herself in the lowest grade, in the “least valued” job in the organization, she burst into tears. Until then, she had been proud of her contribution as the face of the organization, the first point of contact with the public.

Which begs the question, is full salary transparency worth the disruption to employee relationships and morale? Sometimes knowledge leads to resentment and jealousy, or causes feelings of under-appreciation or discouragement. On the other hand, secrecy about pay may breed distrust. When a CEO says, “I don’t want to open that can of worms,” it’s a safe bet that his reluctance rests on either suspicion or certainty that salary inequities exist in his organization. He is probably right: Most companies have inequities and the majority are accidental, not intentional. Whatever the cause, ignoring the problem only makes it worse.

Fortunately, transparency doesn’t have to be all or nothing. This graphic from Buffer, one of the “full transparency” companies, shows it as a continuum from “Mum’s the word” to “Everybody knows.”

Wherever you fall on the Transparency Spectrum, these steps will help you decide whether it is appropriate to change your approach, and by how much:

While the onus for salary transparency is on the employer, all employees—not just Millennials—should take responsibility for their salaries and their progress. In Surprising Dangers of Talking Pay at Work, Stacy Carroll, pay expert for PayScale, suggests employees ask these questions:

These are reasonable questions no matter where an organization falls on the salary transparency continuum, and your employees should be asking them. Set a minimum standard of communicating the whys and hows of salary decisions, as well as telling employees how their roles help the company succeed. It may represent all the transparency you need.